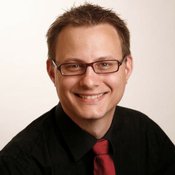 Dr. Philip Sumper has conducted academic research, served as a lecturer, tutor, dissertation supervisor, and missionary while speaking English, German, and Arabic in colleges, universities and seminaries in France, Germany, Israel, South Africa, the Netherlands, and the United Kingdom. He has taught a broad range of English and Hebrew language courses in addition to Old Testament biblical studies courses.

He has given scholarly presentations to several groups including: Gemeinsame Tagung der Facharbeitsgruppen Neues Testament und Altes Testament, World Congress of Jewish Studies in Jerusalem, International Meeting of the Society for Biblical Literature, Theologische Hochschule Elstal, Faculty Conference at the European School for Culture and Theology, and Staatsunabhängige Theologische Hochschule Basel. He has translated a signficant number of scholarly biblical works from German to English and from Arabic to English. His own scholarly articles have appeared in major journals such as: Old Testament Essays, Theology Today, HIPHIL Novum, Journal for the Study of the Old Testament, Biblica, Bibel und Liturgie, and the Princeton Theological Review. He is a co-editor of two books and has published a significant work on Psalms 24 and is currently writing an Introduction to Psalms. He and his family reside in Germany.