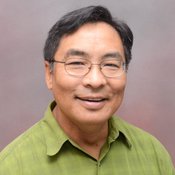 Dr. Mego Haralu grew up in an animistic home in Nagaland India in a heterogeneous spiritual atmosphere with Hindu, Muslim, Buddhist, Catholic, Animist and Christian influences. As he and his family became evangelical Christians, he was taught the ways of Jesus Christ, how he lived and how he loved. In the midst of religious pluralism, Dr. Haralu learned about the kingdom of God, about the hope of our salvation, and about how to live as a disciple of Christ. Fast forward and one finds that God has given him opportunities for interreligious field work experiences among the Zeme Naga of Nagaland India, the Guatemalan Maya peoples, the Quepos tribe of Costa Rica, the Dalit caste of New Delhi India, the Myanmar refugees in the United States, the university Mandarin Chinese students of Minnesota, the animistic Nagas of the Zelianrong tribe in Nagaland India, the African Muslims and animists of Chad, the Hindu and Muslim orphans in Diampur, Nagaland India, and the Australian aborigines of Yara Glen, Victoria, Australia. These encounters have facilitated religous diagloue between Christians and animists, Hindus, Muslims, and Buddhists. In addition to serving in pastoral ministry, Dr. Haralu served as Intercultural Studies faculty and Director of International Education in Christian universities where he taught cultural competency and facilitated workshops and seminars to prepare students for cross-cultural adaptability and global engagement.