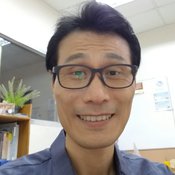 Born into a family with strong Confucian beliefs and minor Buddhist practices in South Korea, Dr. Paul Sungro Lee became a "seeker" of truth that eventually led to his salvation in Christ and call to cross-cultural mission. For over thirty year, he has taught students, formally and informally, from across Africa and Asia. He has served in pastoral leadership and church planting, as a professor, as an intercultural trainer, as an international director of a training organization, and as a radio broadcast speaker. Previously he published a book on Missionary Candidate Training that has been translated into Spanish, French, Portuguese, and Amharic, and recently a book titled, Disciples of the Nations; Multiplying Disciples and Churches in Global Contexts. He gave academic presentations at the Lausanne Global Diaspora Network Consultation at Liverpool, United Kingdom, at the 8th General Assembly of Christian and Missionary Alliance Korea, Tagaytay, Philippines; and at the International Graduate School of Leadership in Manila, Philippines. He and his family reside in the Philippines.